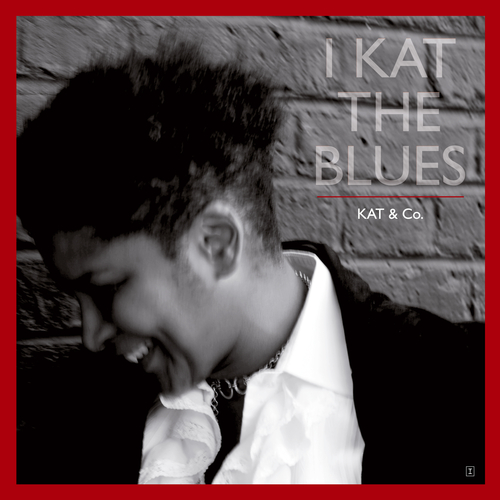 I Kat the Blues

In 2013 Kat&Co. came out on the scene with their debut album "I Kat the Blues".
Their first release comprise of 8 originals and the two covers "Tired of Tryin'" by Johnny Winter and "Your Own Sweet Way" by Mark Knopfler.
This is an album not to be missed, featuring illustrious guests such as Hall of Fame inductees Mud Morganfield (eldest son of Muddy Waters) and Lil' Jimmy Reed and the amazing voice of Chad Strentz (Paul Lamb and the King Snakes)

“I like my father’s style, my own style and Kat’s style. I am crazy about that kind of stuff”
Mud Morganfield on Classic Rock Blues (UK)

"I Kat the Blues (by Kat & Co) serves up a version of blues that is unique from what I have heard before, but is still unmistakably the blues" BLUES BLAST (USA)

" ‘I Kat The Blues’ is the brilliant debut album by Kat & Co. With it’s cool Sixties style, this album would sit perfect in any Tarantino movie and the Top 10 Blues albums of 2013" JAZZ & BLUES TV (UK)

"Make no mistake – this is one very fine blues album. It’s got everything you could want – a great set of strong songs, outstanding arrangements and musical variety, cool guitar licks, guest appearances from two artists deeply connected to blues history, and…the emotive and sultry vocals of Kat Pearson" DOWN AT THE CROSSROAD (IRL)